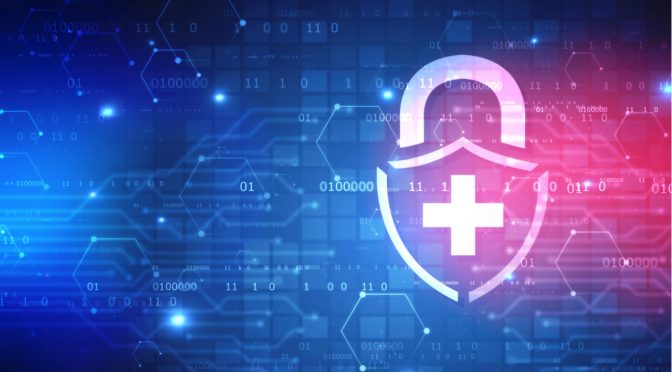 Threat modeling is becoming more popular as a technique to plan security ahead of time. An organization can detect and analyze its overall security, potential threats, and defense loopholes that may enable cyberattacks to succeed rather than simply reacting to threats and occurrences.

Threat modeling and incident response are linked in two ways

What Is Incident Response?

A way to dealing with security vulnerabilities is basically known as incident response. The goal of incident response is to locate an attack, minimize the harm, and eliminate the incident’s underlying source. An unlawful act, policy, or inappropriate act involving information assets like networks, computers, or cellphones is referred to as an incident.

Why Is It Important?

Your organization may be able to minimize losses, reestablish systems and procedures, and reduce exploited vulnerabilities if it responds fast to an incident. A data breach with disastrous implications can result from an incident that is not adequately contained. Incident response serves as the first line of defense against security occurrences, and it also aids in the development of a set of best practices for preventing intrusions before they occur in the long run.

Also Read | MongoDB Vs MySQL: Which One Is A Better Database?

What Is Thread Modeling?

Threat modeling is a technique for detecting vulnerabilities, estimating the most likely forms of attacks, and putting in place the security protocols needed to secure your company from those threats. While there are numerous threat modeling frameworks to choose from, these are some general guidelines to make sure your system is always secure.

Why Is It Important?

Threat modeling can assist security teams in prioritizing risks and properly distributing focus and efforts. This prioritizing can be used to make sure that security mechanisms are as effective as feasible during the planning, design, and implementation stages.

When done on a regular basis, threat modeling can also assist security teams in keeping their defenses up to date with changing threats. If not, new attacks may go unnoticed, putting systems and data at risk.

When it comes to implementing new software or developing a new program, threat modeling is crucial. It assists teams in determining how susceptible tools and applications are in relation to the safeguards available.

Threat modeling aids teams in determining where security is inadequate while using new tools. This enables you to make an educated judgment over whether an element is worthwhile to use.

Threat modeling can also assist software developers in prioritizing software repairs depend on the seriousness and impact of potential attacks.

In case of an attack on the network, the most precious assets of the business would be the first targets and therefore at the highest risk. Therefore, it becomes imperative to recognize your asset and identify those that require protection. Anything critical to the business should be prioritized. Some common examples of such assets include customer data and payment information, corporate financial data, proprietary software code, HR information, patents and copyrights, client or vendor contracts, manufacturing processes.

Also Read | Ruby Vs Python-Which Is Better For Web Development?

After identification is complete, ascertaining the location, as well as the ways to access the assets, is important.

The next step is to have knowledge of who has access to the critical assets identified in step 1 and determine if their roles are controlled. These may include employees, contractors, and business partners. Now confirming that those accessing the assets have required access authority becomes imperative. Appropriate measures must be put in place so as to promptly alert the security personnel of any unauthorized access. If any such cases are found, the security team must quickly restrict or deactivate the user’s access.

Now, Think about the threats that each environment faces. To identify possible attackers who may try to infiltrate the network, using an adversary-based threat model can prove to be of value. Typically, this model identifies four sorts of attackers:

After determining possible threats, look for potential flaws. Take into account any hardware, programs, connected devices, or communication channels that could allow attackers to gain access to the network. Overprivileged accounts, inadequate password policies, security misconfigurations, and unpatched software are all examples of vulnerabilities. To determine potential security concerns, use a threat model approach for each access point for each probable vulnerability.

Step 4: Determine mitigations for each threat

After detecting potential risks, implement a suitable level of security to protect each environment. This can be accomplished by defining response classes based on the severity of the incident and the surrounding circumstances. For example, Unauthorised user access could be responded to by applying a watch-and-wait method, in which the user’s privileges are reduced and suspicious activity is tracked. If a user’s password has been compromised, access should be disabled immediately.

To assess the effect of threats, the Common Vulnerability Scoring System can be useful. It assigns a number from 0 to 10 to represent the severity of an attack on a device or network. Devote more emphasis and resources to a threat with a higher ranking.

This threat modeling process should be continuously conducted as and when new elements are added to the system, such as program upgrades, new devices, and additional users, to guarantee that the system is always secure. Planning and a well-defined procedure are the keys to the most efficient and effective incident response.

All organizations are affected by security issues, which range from compromised hosts to social engineering and malevolent insiders. Threat modeling aids incident response by offering a better understanding of threat paths to security professionals.

2. Identification of the Incident

Assess the very first issue and the attack’s reach. This is meant to be a rapid and rough comprehension, not a comprehensive analysis with detailed documentation. You can show a graphic to your staff to assist them to visualise the breach.

In the threat model, map incidents to possible harm, use threat scenarios to determine how to behave and look for further similar incidents.

Use the attack tree to represent the risk, prioritize or exclude alternative possibilities, and analyze to check the threat if you’re not sure what’s happening. Do not dismiss possibilities that appear improbable. Test them to discover if modifications in software or the ecosystem, new bugs, and other precautions make it conceivable.

You can refresh the plan to preserve the threat model once the attack is over and the attack vector is identified. In wake of recent events, update the threat classification. You can also write automated tests and execute them on a continual basis to see if current threats can be addressed.

Collaborate with your security and IT teams to resolve the underlying cause if it persists after the attack has been neutralized. Other pertinent incidents should be identified and compared to threat data to evaluate if they’ve been effectively managed. This is a crucial component of threat modeling. Understand the bigger picture when it comes to threats and makes sure they’re removed beyond specific events.

Threat modeling promotes speed and performance, allowing you to make the work worth your time and money as your organization’s incident response and security investigation process mature and improves. Liked this article? Give more articles a try on Codersera and up your learning!