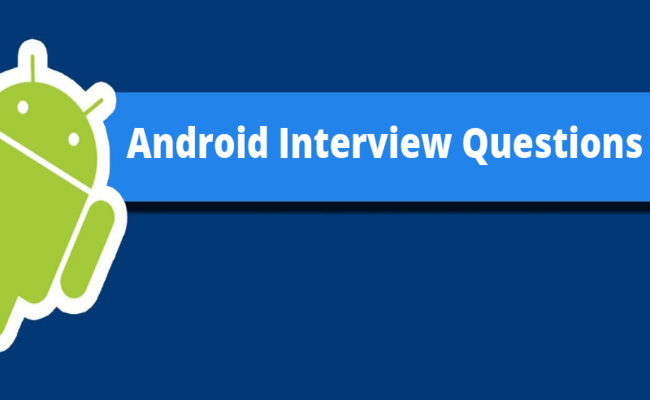 Let us have a look at some important Android interview questions for beginners.

Android is the world’s most popular mobile platform. Initially developed by Android Inc., which Google bought in 2005, Android was unveiled in 2007. Moreover, the first commercial Android device was launched in September 2008. The core Android source code is known as Android Source Open Project (AOSP), which is primarily licensed under the Apache License.

In this article, will discuss some important Android interview questions.

As Android is the most popular operating system, it does have a few bugs. Someone should be able to fix bugs to ensure smooth user experience.

To achieve this, good Android developers are necessary. This is a field that may flourish in the future. And to hire good developers, asking the appropriate Android interview questions is important.

Q1. What are the seven lifecycle methods of Android activity and what is their purpose?

The seven lifecycle methods of Android activity are:

Their purpose is to help structure your code around how you want an activity to perform throughout its lifecycle on the device.

For example, onCreate() is where you would perform your static setup, from creating views to binding data lists. It is always immediately followed by onStart(), where the app will be made visible to the users.

Q2. Briefly list the components of the Android architecture.

This is another top-level question to help you gauge how well the developer understands the big picture of application design. The Android software stack is typically divided into five main components:

Q4. How would you check for the presence of a Compass sensor on the system using the hasSystemFeature() method?

While it may be tempting to call this method on SensorManager or Sensor, as they both come as part of the Android Sensor Framework, neither of those classes provide the hasSystemFeature() method. These classes find a use for direct access and acquisition of raw sensor data. When it comes to evaluating a system’s capabilities, you can use the PackageManager class to retrieve information on application packages available on a given device. I have written a possible solution for this query:

This is one of the important Android interview questions.

ADB simply stands for Android Debug Bridge. It presents developers with the power to perform remote shell commands. Its major work is to permit and direct communication towards and from the emulator port.

Q7. What is the importance of XML-based layouts?

The use of an XML-based layout provides a consistent and somewhat standard means of setting the GUI definition format. In common practice, layout details are placed in XML files while other items are placed in source files.

Q8. What do you think are some disadvantages of Android?

Given that Android is an open-source platform and the fact that different Android operating systems have been released on different mobile devices, there’s no clear cut policy on how applications can adapt with various OS versions and upgrades. One app that runs on this particular version of Android OS may or may not run on another version. Another disadvantage is that since mobile devices such as phones and tabs come in different sizes and forms, it poses a challenge for developers to create apps that can adjust correctly to the right screen size and other varying specs and features.

Q9. What’s the difference between a file, a class, and an activity in Android?

File: It is a chunk of arbitrary information or resource for storing information.

Class: It is a compiled form of Java file. Android uses the .class files to produce an executable apk.

Activity: An activity is comparable to a Frame/Window in GUI toolkits. It is not a file or a file type. It is just a class that you can extend in Android for loading UI elements on view.

Q10. What is the Dalvik Virtual Machine?

Dalvik is the name of Android’s virtual machine. The Dalvik VM is an interpreter-only virtual machine that executes files in the Dalvik Executable (.dex) format, a format for effective storage and memory-mappable executions.

The virtual machine is register-based and can run classes compiled by Java language compiler that have been altered into its native format using the included ‘dx’ tool. The VM runs on top of Posix-compliant operating systems depending on it for performing threading and low-level memory management functionalities. The Dalvik core class library provides a familiar development base for those used to programming with Java Standard Edition. But is geared explicitly for the needs of a small mobile device.

If the candidate can answer this Android interview questions, he/she has sufficient knowledge on Android.

Q11. What are the exemptions in Android?

InflateException: When error conditions occur, this exception is thrown.

Surface.OutOfResourceException: When a surface is not created or resized, this exception is thrown.

WindowManager.BadTokenException: This exception is thrown at the time of trying to view an invalid WindowManager.LayoutParamstoken.

Q12. What is the Open Headset Alliance?

The OHA is a conglomerate of 84 technologies and mobile companies that have joined hands to fast-track innovation in mobile technology and at the same time, offer the end-users an improved, cost-effective, and richer mobile experience. Members of this alliance include Google, HTC, Sony, NVIDIA, Dell, Intel, Motorola, Samsung, and others. The OHA was started on 5th November 2007 by Google and 34 other companies. Android is the primary OS of this alliance.

Q13. If an application is crashing frequently, how will you troubleshoot it?

If an Android application is crashing frequently, you can do the following:

Q14. What is the AndroidManifest.xml file and why do you need this?

This is one of the best Android interview questions.
The AndroidManifest.xml file contains information about the application, and it sends this information to the Android system. This data may include the package name, components such as activity, services, content providers, and more. This file executes the following tasks:

Below are the different Android launch modes:

Q17. What is a ThreadPool? And is it more effective than using several separate threads?

ThreadPool consists of a task queue and a group of worker threads, which allows it to run multiple parallel instances of a task.

Here, you’re assessing the app developer’s understanding of how multithreading has the potential to improve the app’s performance, but it can also negatively impact performance when used incorrectly.

Using ThreadPool is more efficient than having multiple operations waiting to run on a single thread, but it also helps you avoid the considerable overhead of creating a destroying a thread every time you require a worker thread.

Q18. What is a BuildType in Gradle? And what can you use it for?

These kinds of Android interview questions allow you to check that the developer can differentiate between product flavors, build variants, and build types, as these are very similar concepts that are a common source of confusion:

Q19. What are the steps involved in creating a bound service through Android Interface Definition Language (AIDL)?

Here, you’re looking for an understanding that you are expected to use the simplest layover that is possible. It is done to achieve what you want to achieve. FrameLayouts are designed to contain only a single item, making them an efficient choice when you need to display a single view.

If you add multiple views to a FrameLayout then it’ll stack them one above the other, so FrameLayouts are also useful if you need overlapping views, for example, if you’re implementing an overlay or a HUD element.

So Want to hire a developer?

I took some time off work and wrote this article, pitching out 20 essential Android interview questions, especially for beginners. I hope you liked and understood these questions and solutions well.

Do you need to complete a project within a prescribed budget and time?

Codersera is a global community of top developers, coders, mentors, PMs and CTOs. Generally, we undertake the development of a fully-fledged product. Starting from UI/UX designs to building wireframes, and scaling it up to enterprise-level apps. This is the best platform for startups that are not capable of hiring a full-time developer but want quality work.

Even more, a developer’s selection process for the platform is quite rigorous. Developers have five screening rounds. Only less than 1% make it to the end (imagine the difficulty). Afterward, Codersera inspects the developers for their expertise.

Consequently, any clients who have successfully got their projects done admire Codersera. Also, the clients are happy with their workers’ dedication and productivity. Applying online is quite easy to do. However, the developer rates are high due to the assured quality of work. If you are looking for a developer, click here.

PrevPreviousWhat is Scala used for? | A Brief Overview
NextOutsourcing agencies vs Remote developersNext 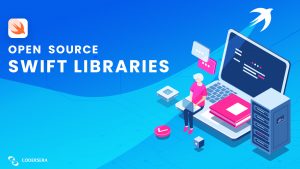 Best Known Open-source Swift Libraries To Use In 2022

Apple’s Swift programming language is a hot topic in the tech world these days. It’s also getting hotter even as it stays cool, with more 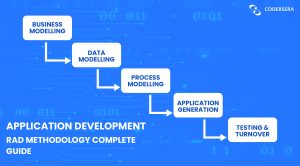