Roadmap For a Python Developer 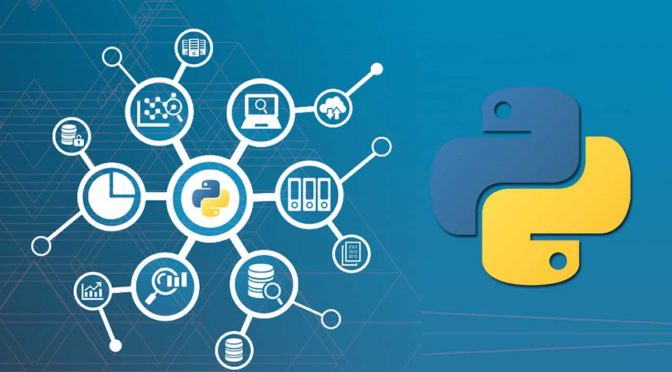 We are at the end of 2021 but still can’t get over Python as a general-purpose programming language. Python has helped a plethora of people in web development, data science, and web scraping. We have here made a clear python developer roadmap which serves as a complete guide to all the developers to begin their Python career from scratch. This amazing guide is a well-structured roadmap for Python developers at the start and intermediate levels.

Here, Codersera is the perfect platform for you to begin if you wish to learn Python programming. This article will assist you to know about turning into a reliable Python developer. Let’s dive in then.

How to become a Python developer?

The strategy behind learning new technology is a daunting job if you don’t know what to learn and how what aspects should be taken care of. So, it is always preferable to go follow a complete roadmap. Our Codersera team has made this weekly roadmap for a Python developer so you can get proper time for interview preparation and revision. The roadmap is basically nothing but builds a proper timetable for you for learning new skills from basics to advance level and turn into a reliable professional. So, let’s start with the roadmap for a Python developer in 6 weeks.

If you have joined in new to the coding space, you might think of what turns a personal programmer. What all theories and topics should be covered to move ahead? Moreover, at the beginning of, week of programming, you should go through these topics and knowledge.

Once you are done well with the initial week to become a Python developer, we will then make a move towards learning beginner-level python programming. The main topics to cover while learning all the basics of Python language are discussed below:

After going through the basics of Python for further 2 weeks, now we will head further to learn the intermediate-level topics for it. Some of those are mentioned below:

Moreover, it will take your 2 week period to learn all the above fundamentals of Python, an open-source programming language with preparing you further for building some great projects for learning apps.

Now, when you are finished with learning all the fundamentals of Python language as an open-source programming language. For this, proper practice of coding is required and reach the final step to turn into a python developer. Following are some tips to follow up in the end stage of becoming a Python developer:

Python is around 30 years old and despite its age, this language is evergreen, but with a good reason.

With the arrival of fresh fields of application like machine learning and data science, Python is at its peak again. Writing scripts with Python was famous from the 90s.

2. Faster start and an easy syntax

You will find the syntax of Python similar to that of English language. This language is somewhat simple to learn, even for beginners in this field. Python has fixed indentations in its syntax which turns its code simpler to read. If you have a deep understanding of it, then you can surely do a lot with it. A person who has already mastered other programming languages will have achieved some other helpful skill swiftly as compared to this.

The prime reason why you should go for Python is data science. Nowadays, there is a hefty demand for data scientists that are paid well and work in thrilling jobs. Programming skills, data visualization, predictive modeling, or any other skill? This field is highly diverse and attractive for scientists with great statistical knowledge.

Machine learning has been flourishing for years, and Python is the best language for writing algorithms for AI.

Python has a detailed standard library and several other libraries as well. It has a hefty user base and is old, there are a plethora of resources that assist you to solve your coding issues. Around 125,000 external libraries are the reasons why Python is now open to various fields like machine learning, artificial intelligence, cloud configuration, game development. For example, NumPy for data science, PyGame for game development, or Astropy for space-based research. If you could see in web development, Python is now performing a significant role despite the somewhat not good compatibility with mobile devices but is the backend of Reddit, YouTube, and Instagram.

The hefty community is one more reason added to why you should employ Python. It is an open-source programming language, which refers to you can theoretically achieve access to anything that affects the language. The hefty and lively user base of Python ensures an appropriate forum for your all questions and someone who can assist you.

7. Salary and next steps

It is possible with Python where you can combine easy scripts into tough applications, However, in several cases, the entire thing runs swiftly, safely, and with a low line of code than in other languages. Development turns easy with its great readability style and speedy editability. For learners, it has opened up several areas of activity to explore. Python developers are paid a handsome salary because it has a huge usage in web development, data science, and machine learning. A Python developer’s salary ranges from 50,000 Euro to 1,30,000 Euro on average mainly depending on your domain, experience, and location as well.

Why there is high demand for a Python developer?

Python has a hefty community that offers and fulfills the needs of various developers. This turns Python into one of the most demanded languages and is efficient and reliable. It’s in high demand as it provides a solution in various fields.

Scope for a Python developer

Python has achieved enough importance as compared to other programming languages and is promising for various developers. Being an open-source language, it is one of the most versatile programming languages. It can be used in system and application development programming. Moreover, lessened coding effort and better test performance make sure good programming.

So, here, you have learned about the complete roadmap for a Python developer in 6 weeks. Moreover, we have mentioned significant topics to cover also, along with helpful skills of Python on how to turn into a Python developer for securing a job. In case of any doubts, our coding team of Codersera will assist you.

How To Set Up A Hybrid Exchange Office 365 Environment

Microsoft Exchange is a robust email and calendaring server widely used by small businesses, medium organizations, and large enterprises across all folds. Most organizations run 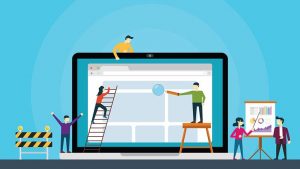 With every new innovation in the field of Web development, new challenges emerge for search engine optimization specialists. It’s obvious that your website’s user experience