Best Known Open-source Swift Libraries To Use In 2022 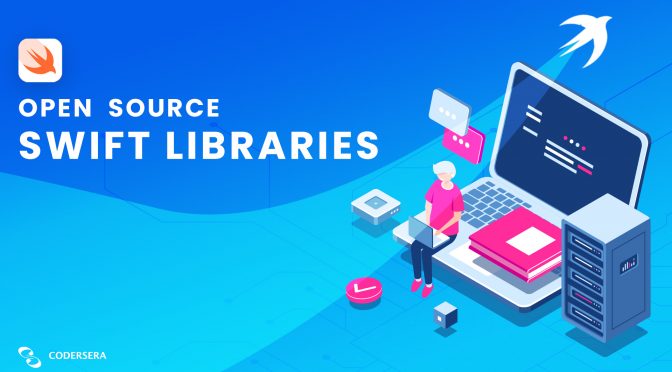 Apple’s Swift programming language is a hot topic in the tech world these days. It’s also getting hotter even as it stays cool, with more and more developers using the Open-Source Swift Libraries to create applications for various platforms.

Swift is a programming language created by Apple that allows developers to create apps for iOS, OS X, watchOS, and tvOS.

There are many benefits to learning Swift, but one of the most notable is the speed with which you can build complex apps. But when it comes to creating your own apps, there are many resources you can tap into for getting started – including open-source Swift libraries.

Swift Open Source is a directory of libraries written in Swift which are available on GitHub. This directory is categorized into five broad categories:

The purpose of this directory is to provide a useful tool for people who are looking to use open-source Swift libraries in their projects. Swift takes some of the best elements from object-oriented languages like Java, C++, and Objective-C, while also making it easy for non-programmers to get started.

As Swift continues to grow and mature as a language, it’s natural that more open-source libraries will be written to take advantage of the existing libraries and frameworks that are already available.

It has its own standard library that offers a ton of great APIs for working with text, data, images, and more. But what if you need something to do outside of the box? That’s where third-party libraries come in!

Are you looking for a way to streamline your development process? This blog article is geared towards Swift novice developers and showcases some of the most useful open-source Swift libraries that are used by programmers today.

Swift is the new programming language Apple announced at WWDC 2015. It’s already possible to use it on their latest operating system, iOS 9! Swift aims to produce cleaner code that’s easier to read and debug for developers.

The iOS Development landscape is always evolving and it is important for developers to stay up to date with the most recent trends in the industry.

Swift is the newest programming language for Apple, and it’s one of the most modern languages you can use today. The best part? Swift has a ton of amazing open-source libraries that make coding much, much easier. If you’re interested in learning about some of the best ones out there, then read on!

To help you get started with this new language, this blog post lists some of the open-source libraries available for you to explore!

SnapKit is the greatest Swift UI Layout Library you will come across. It enables iOS developers to dynamically change auto-layout constraints using elegant and shortcode. This module reduces the layout logic to a few lines of code while maintaining readability and understanding. The large iOS community behind the open-source SnapKit project is also a bonus.

SnapKit allows you to mix both methods without having to worry about confusing or complex code.

Having to learn to develop back-end code (server) can be a difficult process for Mobile Developers, and you might also have to spend a lot of time and increase your productivity. Firebase is an excellent alternative for backend support because it reduces backend coding time.

Worrying about code smells will be a distant memory with SwiftLint. It’s a library for debugging and cleaning source code. It contains standards for syntax and best practice approaches that you may use to ensure that your Swift codebase maintains a high level of quality. It will be simpler to maintain and extend projects that adhere to a set of strict code-style guidelines. Aside from that, any newbie will quickly integrate the codebase and conform to your team’s quality requirements.

Alamofire is a simple and modular means of interacting with HTTP network requests. It is built on top of the Foundation framework’s URL Loading System, which is offered by Apple. The URLSession and URLSessionTask subclasses are at the heart of the system. Alamo Fire encapsulates these APIs, along with many others, in a more user-friendly interface and provides a wide range of features for modern HTTP networking application development.

This library is so well-known that whenever the topic of HTTP Networking on iOS comes up, programmers instantly think of Alamofire, and vice versa. This library supports Swift client-server connection methods. These methods let you make async requests to a URL and receive their answers.

It also has components such as Alamofire Network Activity Indicator and Alamofire Image.

Kingfisher is an open-source Swift library that allows you to download images from URLs and cache them in the device’s storage and disc.

Any iOS app’s image caching is a critical performance element. By downloading images over the network only once, your mobile app becomes faster, more responsive, and consumes fewer user data, saving your users money.

With the special category API of UIImageView, which even enables image placeholders, this library may greatly improve UX while also making it simple for you to reap the benefits of these significant speed benefits.

Utilizing Core Data in Swift is a difficult task. Truth be told, Core Data has a complicated API that comes at a significant cost to learn. Core Data, according to popular belief, should be avoided in favor of other data management systems. This is where Realm enters the picture.

Moving from Core Data to Realm will give you a superior persistent data management solution. For iOS App Development, Realm aims to replace SQLite and CoreData. Realm has numerous advantages over these older databases and storage systems, including ease of use, better query rates, and easier and more intuitive data administration. Realm is getting increasingly popular as a result of its numerous benefits. Aside from that, it’s open-source and has well-written references, so learning Realm for iOS developers is simple.

Moya is a library that covers network-related concerns in conjunction with Alamofire. Moya is an abstract class that sits at the top of the networking layer and is typically handled by programmers. Basically, connecting to APIs is speedier with Moya, and with its extensions, such as RxSwift and ModelMapper, the difficult part is virtually over. Moya isn’t well-known among the developer community, so use it only if you’re sure what you’re doing.

Vapor is the ideal library for you if you want to learn backend programming but don’t want to Learn New Language. Vapor helps in developing server-side backend programming in Swift. Vapor has an easy syntax that any iOS developer may rapidly learn and practice. It provides you a level of familiarity because it is built on Swift and Xcode. In addition, the Vapor community is incredibly positive and large. As a result, it is just a matter of time before it becomes famous.

Vapor’s API is simple to grasp, and it eliminates the need for third-party dependencies because it has its own Swift parser. This enables Vapor developers to maintain their APIs concise, readable, and compliant with Swift standards.

RxSwift and RxCocoa are two examples of Functional Reactive Programming (also known as “ReactiveX” or “Rx”), which can be utilized in a variety of languages and platforms. The main feature of this framework is that it allows us to constantly observe and listen to asynchronous actions in the form of event/data streams.

The MVVM pattern is the current programming trend on iOS. The most significant distinction between MVVM and MVP is “data binding.” As a result, RxSwift is a good library to utilize for this (MVVM architecture).

RxCocoa is also a Cocoa API framework that is used on the OS platform. If you’ve ever used RxSwift, you’ve probably also used RxCocoa.

“Charts” is an open-source Swift library that allows you to visualize data. Because showing and analyzing data in tables or collection views is tedious and limiting, this delightful library is a fantastic alternative. Charts will improve the aesthetics and usability of your mobile app. We’ve published a comprehensive Swift tutorial on how to use the Charts library, which includes all of the different sorts of charts you would require.

Apple’s Swift just turned three years old and changed the way developers write code. Apple introduced Swift in June 2014; by September 2015, it had become the number one language used for iOS app development. This was the latest version of their language that was specifically designed to be intuitive and expressive.

With the release of Swift 3, Apple made strides to make the language safer and easier to use. It is a common misconception that Swift is a replacement for Objective-C, but it is really meant to be a more modern and safe language.

The Swift language has been growing in popularity in the past few years and has been adopted by major companies including IBM, Netflix, and Square. Whether you’re a newcomer to programming or an expert, there’s a whole world of resources out there to help you learn Swift.

We hope that you liked our attempt to list down the open-source Swift libraries and it will help you make the end decision. Codersera is actively involved in curating content for its audience and would love to know your feedback about our write-ups. Do let us know in the comments section as to what is it that you like & dislike.

What is Open- Source?

The term open source means something individuals can change and share in light of the fact that its configuration is freely available. The term started with regards to software development to assign a particular way to deal with making PC programs.

What is Apple’s Swift?

Apple disclosed Swift in 2014 as the cutting edge substitution to Objective-C and it immediately turned into a staple programming language for building applications for iOS and macOS PCs.

How Swift Libraries can be helpful?

The authority Apple site guarantees that Swift is 2.6 occasions quicker than Objective-C, assisting with cost-saving measures. 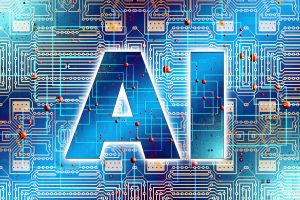