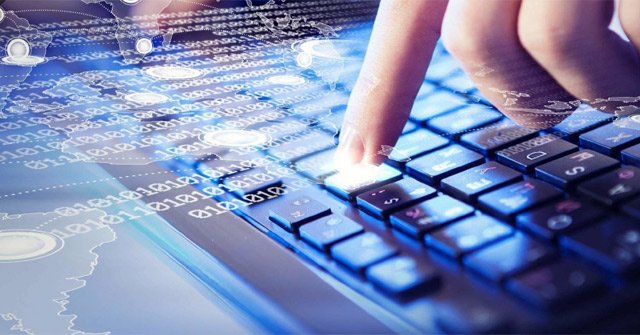 Android app development has become a regular trend to boost your business, but the main factor deciding whether it’ll be a success or not is the programming language used. For a larger number of people, java is the best option because it is easily available.

Java is a statically typed programming language that was released in 1995 by Sun Microsystems.

It’s a versatile language that can be used for a variety of purposes, from developing web applications to creating Android apps. Kotlin, on the other hand, is a newer language that was created in 2010 by JetBrains.

The Java language is well known for being a platform-independent, object-oriented language that enables developers to create robust software.

Java was first released in 1995 and remains one of the most popular programming languages in the world.

In 2017, Kotlin was announced as an official language for Android development and has since been gaining traction among developers. So, which one should you learn in 2022?

But, the introduction of Kotlin in the scene reduced the confidence that developers had in Java.

According to a lot of sources, it could be said that Google didn’t have many benefits sticking to Java for Android. Hence, jumping to Kotlin seemed the best option. Taking this into notice, let us have a look at the important points.

Android required calculative and to-the-point to show new ideas to execute them in Kotlin’s modern language.

A language that focused more on security and had better reliability was required.

The language you choose to learn is an important decision. In this blog post, we’re going to compare Java and Kotlin to help you decide which one to learn.

Java is a common programming language that is class-based object-oriented and designed to have as few implementation dependencies as possible.

Java is the most powerful language and supports the development of multiple software applications operating systems as well as new programming languages and the reason for its outstanding superior performance is its features.

Kotlin arrived on February 16 2016 and it was launched by JetBrains. It is a statically typed open-source programming language that runs on JVM and is an official language for developing android applications.

It actually gets fragmented into Java byte code for further compiling which caught the eye of a lot of Android Developers. There are a lot of features that make Kotlin different from Java. “

Many few Kotlin developers can be seen in the market. So, the job of finding a person experienced in Kotlin is a big challenge.

It’s hard to answer this question definitively as it largely depends on what you want to use Java or Kotlin for. In general, Kotlin is more concise and can lead to more reliable code, while Java is more widely used and therefore has larger community support.

There are so many comparisons that are made between these two languages, let us look at some of the top comparisons.

1. Checked Exceptions: Number one is that Java has checked exceptions at the same time as Kotlin doesn’t observe small packages effects within the end that require exception specifications which could each enhance developer productivity and enhance code satisfaction.

Productivity was observed to have a significant amount of reduction with no improvement in code quality without them.

2. Non-Private Fields: Encapsulation is vital in any program for attaining a proper degree of maintainability by making use of encapsulating the illustration of an item.

It is frequently enforced how callers engage with it, furthermore, it’s possible for illustration to vary without the need to transfer callers, furnished most people API stays unchanged in non-personal fields or public fields.

In Java, there are many useful scenarios where the colors of the things change according to the representation. Its approach to such fields divulges the illustration of the factor to the callers, Kotlin doesn’t have non-personal fields.

3. Static Members and Static Methods:  Now. in android development, things are moving quickly from Java to Kotlin and one of the maximum crucial troubles faced by the developers when shifting from Java to Kotlin is creating a static technique because, in Kotlin, there’s nothing static.

Yes, you heard it correctly! Kotlin doesn’t have a static keyboard if you’re an android developer and in case you’re keen on making android programs in Java then you want to have used static keywords.

5. Ternary Operator Support: Java has the availability of this support that helps in reducing the length of the code. In simple terms, Kotlin doesn’t enjoy this freedom. Now, without the support of static methods and ternary operators, you will face some troubles during the time of development.

From our code, not simplest this, however, the sole possibilities of npe can also be a selected call to via null pointer exception or the usage of exclamatory or now not-operator next is that the separate interface for the readable and mutable collection.

3. The Kotlin library offers conventional interfaces, training, and functions for developing, populating, and coping with collections of any type. Kotlin positions these amassing interfaces and related capabilities.

The collections bundle of the Kotlin well-known library offers an implementation for basic collection kinds of sets, lists, and maps.

In 2022, the competition between the programming languages is gonna get even stricter. Taking Java and Kotlin into account, both of them have their fair share of advantages and disadvantages.

But the timing is just too early to accept that Kotlin will take over Java in 2022. The user community that Java enjoys is very large compared to Kotlin. This is a fact that isn’t going to be replaced in the near future.

Businesses need to pick an Android App Development corporation that holds information in both Java and Kotlin, in place of concentrating and proscribing themselves to a Java or Kotlin Android software improvement agency.

In this article, we looked at the pros and cons of learning Java and Kotlin. Both languages are popular choices for web development, but they have different strengths and weaknesses.

By understanding the differences between Java and Kotlin, you can make an informed decision about which language to learn in 2022. Follow codersera for more information on Java and Kotlin and other programming languages.

Is Kotlin better or Java?

For most, Kotlin’s strengths outweigh the language’s setbacks. There are definite limitations within Java that impede Android API design. Kotlin is inherently lightweight, clean, and far less verbose, especially in terms of writing callbacks, data classes, and getters/setters.

Kotlin is an open-source programming language that’s often pitched as a Java replacement; it’s also a “first-class” language for Android development, according to Google. Kotlin, on the other hand, is streamlined, with some great features, and comes with a solid library. Due to this, it seems that kotlin is replacing java in 2022.

Can I learn Kotlin without Java?

You can start with Kotlin without having any knowledge of Java. You can find many resources on the internet to learn Kotlin. You can comparatively find fewer examples of codes in Kotlin than in Java.

How difficult is Kotlin?

Kotlin is not hard to learn. Kotlin is a JVM-compliant language but it is very different from Java – in terms that you can accomplish more in very few code lines. Lesser lines of code mean lesser code to maintain, lesser bugs, and more productivity.

Why is Kotlin so popular?

Reasons for Kotlin’s popularity over java. Kotlin is more Android Focused than java. Kotlin was written by the same folks who created popular integrated design environments (IDEs), so its background comes from mobile industry pros, who were looking to solve specific problems.