What is cloud computing and how amazon is changing it? 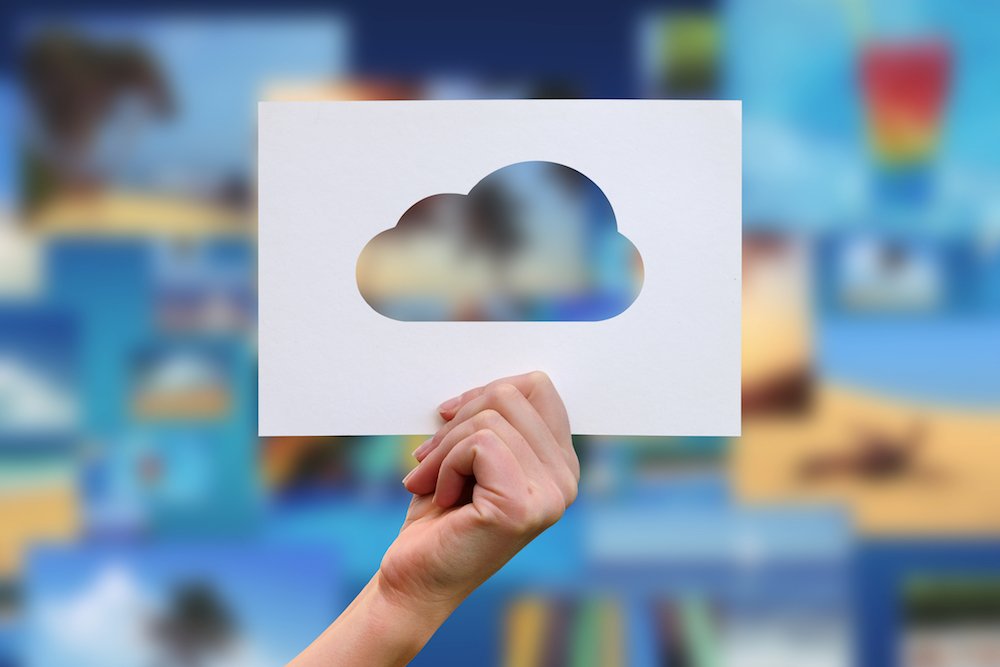 The Amazon Web Services (AWS), Google Cloud Platform (GCP), and Microsoft Azure are among the top players in the world of cloud computing.

What is cloud computing?

Before we proceed to the article, let us have an overview of cloud computing and AWS.

Cloud computing is a general term for anything that involves hosted services over the Internet.

These services are broadly divided into three categories: Infrastructure-as-a-Service (IaaS), Platform-as-a-Service (PaaS), and Software-as-a-Service (SaaS). The name cloud computing was inspired by the cloud symbol that is often used to represent the Internet in flow charts and diagrams. Cloud storage for students.

Significant innovations in virtualization and distributed computing, as well as improved access to high-speed Internet, have accelerated interest in cloud computing.

A cloud can be private or public.

A public cloud sells services to anyone on the Internet.

A private cloud is a proprietary network or a data center that supplies hosted services to a limited number of people.

Private or public, the goal of cloud computing is to provide easy, scalable access to computing resources and IT services.

In the public cloud model, a third-party cloud service provider delivers the cloud service over the Internet. Public cloud services are sold on-demand, typically by the minute or hour, though long-term commitments are available for many services. Customers only pay for the CPU cycles, storage or bandwidth they consume.

Private cloud services are delivered from a business’s data center to internal users. This model offers the versatility and convenience of the cloud while preserving the management, control, and security common to local data centers.

Internal users may or may not be billed for services through IT chargeback. Common private cloud technologies and vendors include VMware and OpenStack.

A hybrid cloud is a combination of public cloud services and an on-premises private cloud, with orchestration and automation between the two. Companies can run a mission-critical workload or sensitive applications on the private cloud and use the public cloud to handle workload bursts or spikes in demand.

The goal of a hybrid cloud is to create a unified, automated, scalable environment that takes advantage of all that a public cloud infrastructure can provide, while still maintaining control over mission-critical data.

Some of the benefits of cloud computing are:

Although cloud computing has changed over time, it has been divided into three broad service categories:

IaaS providers, such as AWS, supply a virtual server instance and storage, as well as APIs that enable users to migrate workloads to a VM. Users have allocated storage capacity and can start, stop, access and configure the VM and storage as desired.

SaaS is a distribution model that delivers software applications over the Internet — these applications are often called web services.

Users can access SaaS applications and services from any location using a computer or smartphone that has Internet access.

An example of a SaaS application is the VLC media player, used for media access and streaming videos online.

Several organizations bound by complex regulatory obligations and governance standards are still hesitant to place data or workloads in the public cloud for fear of outages, loss or theft.

However, this resistance is fading, as logical isolation has proven reliable, and the addition of data encryption and various identity and access management tools has improved security within the public cloud.

What is Amazon Web Services (AWS)?

AWS launched in 2006 from the internal infrastructure that Amazon.com built to handle its online retail operations. AWS was one of the first companies to introduce a pay-as-you-go cloud computing model that scales to provide users with computing, storage or throughput as needed.

Amazon Web Services provides services from dozens of data centers spread across availability zones (AZs) in regions across the world. An AZ represents a location that typically contains multiple physical data centers, while a region is a collection of AZs in geographic proximity connected by low-latency network links.

An AWS customer can spin up virtual machines (VMs) and replicate data in different AZs to achieve a highly reliable infrastructure that is resistant to failures of individual servers or an entire data center.

More than 100 services comprise the AWS portfolio, including those for compute, databases, infrastructure management, application development, and security.

AWS offers a pay-as-you-go model for its cloud services, either on a per-hour or per-second basis. There is also an option to reserve a set amount of compute capacity at a discounted price for customers who prepay in whole, or who sign up for one- or three-year usage commitments.

Also, Amazon Web Services is launching its analytics and forecasting services. Hence it is going to be a full business package.

AWS’ reach continues to expand in multiple directions, but perhaps the one to watch the most is the database market. AWS is capturing more database workloads and has emphasized its customer wins. A move to launch a fully managed document database takes direct aim at MongoDB. Should AWS capture more enterprise data, it will be entrenched for decades to come as it continues to evolve services and sell them to you.

Since the establishment of AWS, it still maintains a very strong growth rate and satisfactory delivery to the customers. The company primarily aims towards providing customers an incredible experience.

AWS is the leader in infrastructure-as-a-service and it is also excelling in artificial intelligence, augmented reality, and analytics. AWS is far more than the IaaS platform these days. It grew 45% in the fourth quarter of 2018, and they have maintained this since last year.

Amazon Web Services has a wide range of partners and developers inside its ecosystem. It is the beachhead for enterprise players before they expand to a multi-cloud approach.

The question now arises, how much will AWS extend its reach? AWS is a potential threat to Oracle in databases and many companies. Moreover, AWS has a strong cloud hybrid cloud strategy with its VMware partnership.

AWS’ strategy was evident at its re:Invent conference. They introduced a package of services, new products, and developer goodies that was hard to track. There is a good growth slope in the field of artificial intelligence. As AWS becomes a machine learning platform, it also pitches up its sales.

In the first quarter of 2019, Amazon’s profits were again powered by AWS. CFO Brian Olsavsky said AWS now has an annualized run rate of over $30 billion. He highlighted AWS’s customer wins for the quarter, including deals with Volkswagen, Ford, Lyft, and Gogo.

Why companies use cloud computing

Taking about business, cloud computing finds good applications there. It could potentially lower expenses on hardware and IT. Also, it makes upgrades flawless.

For individuals, the cloud acts as a backup store and they don’t have to fear about any unexpected hard drive crash.

Cloud computing is also integral to the Internet of Things (IoT), which brings everything from cars and home appliances to medical and farm equipment into the connected world.

This is the reason why many small businesses and tech giants are opting for cloud computing technologies. Matter of fact, they are including these services at the inception.

So this means that these companies need cloud-computing engineers. If you want to make your career in this, if all goes well, there is a high potential for growth, both financially and professionally.

AWS vs Azure vs GCP: What’s going on?

With a vast toolset that continues to grow exponentially, Amazon’s capabilities are unmatched. Yet its cost structure can be confusing, and its singular focus on the public cloud rather than the hybrid cloud or private cloud means that interoperating with your data center isn’t AWS’s top priority.

A close competitor to AWS with an exceptionally capable cloud infrastructure. If you’re an enterprise customer, Azure speaks your language – few companies have the enterprise background (and Windows support) as Microsoft. Azure knows you still run a data center, and the Azure platform works hard to interoperate with data centers; the hybrid cloud is true strength.

A well-funded underdog in the competition, Google entered the cloud market later and doesn’t have the enterprise focus that helps draw corporate customers. But its technical expertise is profound, and its industry-leading tools in deep learning and artificial intelligence, machine learning, and data analytics are significant advantages.

Cloud computing is on the rise, and AWS is topping the charts since its inception in 2006. Amazon depends heavily on the cloud. The cloud comprises of 60% of Amazon’s total operating income of $12.4 billion in 2018, despite sales comprising only 11% of the company’s total revenue.

AWS delivered operating income of $7.3 billion. This is 60% more than 2017’s $4.3 billion. Moreover, operating margins grow by almost 400 basis points to 28.4%. This shows up how thin Amazon’s margins are in its core e-commerce business.

By now, you can clearly observe that Amazon’s corporate business relies on its cloud services. Should the cloud services fail, the e-commerce giant will need to find a new growth engine quickly to drive the profits of the company.

It is estimated that AWS will contain 52% of the cloud market, with Azure having 21% and Google’s is 18%.

Microsoft’s cloud growth has been impressive, but the business is part of a more balanced business portfolio compared to Amazon. Operating margins for Microsoft were about 35.7%, up about 200 basis points from the year prior. Microsoft’s two other units – Productivity and Business Processes and More Personal Computing. They represent 32% and 38% respectively. The lower percentage of operating income may give Microsoft the ability to be more patient with its approach to growing its cloud business. However, Microsoft needs to continue growing cloud sales to avoid total revenue from halting or slowing too much.

For Google, cloud computing is not a major contributor to its business and is not likely to be anytime soon. Google makes around $4.7 billion a year with its cloud services. The company wants to speed up work on the cloud platform. In April 2019, Google announced its new service named Anthos. This service allows its customers to move their computing workloads between its cloud platform, their own data centers, and the competing clouds of Amazon and Microsoft.

For more on AWS, read this article.

PrevPreviousR vs Python For Data Science In 2019
NextNative Apps vs Web Apps Which Is Best For Your Business?Next